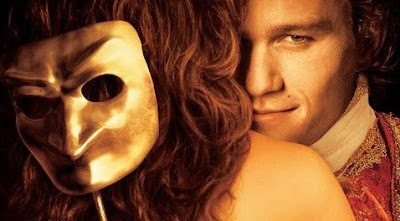 My dearest Readers,
I really find it difficult to even *try* to capture the sweeping life of Casanova. Because he was SUCH a freak when it came to life. There wasn't an adventure or a woman or a man or an opportunity he didn't jump on and there wasn't a single person that put the fear of God into him. The one person who was capable of even tightening his collar (his Grandmother) had died, leaving him nothing but a house and furniture. With his collar snapped off and his poor Grandmother buried six feet under he sold everything, and continued with his role as a 'priest' by going to live with his 'father' Grimani in Venice. Not because Casanova had a fondness for the man (they loathed each other...) but because the man had a delectable actress living in his house by the name of La Tintoretta who was known more for her role in bed than good acting on stage.

When Casanova's mother who was living in Poland discovered her son, the 'priest' was living with an actress, she arranged for Casanova to be sent to a Theological Seminary at Murano. 'Tis difficult to convey who was more displeased, the Seminary that had to deal with Casanova or Casanova himself. Hoping to lash back at his mother, during his interview and the admission process, despite being a Doctor of Law, he pretended he had no formal education or training at all. So Casanova was sent to the level entry of learning with much younger students who didn't even know how to read... Needless to say, they quickly figured out Casanova knew a hell of a lot more than he was letting on. To make it worse, one of the younger seminary boys took a fancy to Casanova and to Casanova's astonishment crawled into Casanova's bed one night looking for a little somethin' somethin' to which Casanova denied, for whilst experimental and known to frolic with men on occasion, wasn't feeling THAT experimental at the moment. The boy was naturally upset, informed the school master of Casanova's 'devious' tastes for boys and Casanova found himself whipped and banished. He saw it as a blessing, tossed being a priest to the wind, and commenced a long road of romantic adventures.

The stories are endless. Hell, I could post every month for the next year and STILL not go through all of Casanova's romantic adventures. But I will highlight several of the adventures that I feel best represent him. At Pasiano, he found himself traveling alone in a coach with a recently wed young and beautiful bride traveling to join her husband in another city. He fell immediately in lust. During the ride, as a violent thunderstorm set the stage, he noted that the woman jumped every time there was a crack of thunder and appeared frazzled and frightened by the nature of the storm as their carriage rolled through it. He took advantage of it. He gently offered the woman a few assuring and comforting words, then a few assuring and comforting pats, and then altogether pulled her right onto his lap and held her in his arms, assuring her with a few kisses. Seeing women back then didn't don any 'underwear' the rest was freakin easy for the guy and thunder masked all the noise...

Now if you think Casanova only had a thing for the ladies, think again. He also had a thing for men. He truly enjoyed anything having to do with sex and was always willing to try anything and everything. One of the most interesting experiences he had was after a wedding ball, he noticed a senator, whilst walking past Casanova had 'accidentally' dropped some money, when in fact he was using it to pick up Casanova. Casanova picked up the money and followed the man home, only to find the man had two women waiting and wanted them 'all' to have a good time. Needless to say, Casanova stayed. What is perhaps the most fasctinating aspect about Casanova is this: (and I'm quoting from the book, CASANOVA by John Masters because it is cited so beautifully) "To some women he made love because their female bodies aroused his male desire, to others because he would get money or advantage out of it, to others because he fell in love, and to yet others because it was expected of him and he'd be sneered at if he didn't."

Seeing he was involved with so many women, you'd best believe there were duels. Lots of them. I'll share my favorite one. On March 4th whilst in Warszawa in Poland (yes, the man got around), he went to the ballet and snuck into the one of the ballerina's stage room looking to woo her. In comes some pompous Polish Count by the name of Branicki and announces that he is in love with her and that Casanova had back the fuck off (in tone, probably not words). Casanova who decided the girl wasn't really worth his time anyway, tells the man "Take her." This Count sneered at him and called him a "Venetian coward." Think of BACK TO THE FUTURE and how Michael J.Fox always got riled up whenever someone called him a Chicken. Same thing. Casanova rolled up his sleeves and told the man to meet him outside. The Count never showed, which only further pissed Casanova off because the man got away with calling him a coward. So Casanova went to the man's house and threw down the glove, challenging him to a duel for publicly slandering his name (hey, the dude had a reputation to uphold with the ladies). Despite dueling being illegal in Warszawa, the Count accepted the duel and insisted on pistols (for he had heard Casanova was quite the fencer). When they agreed on a time and a place, Casanova showed up with only the clothes on his back without so much as a servant that would have served as second. Branicki, on the other hand, showed up in a carriage with 'six with coachmen, two grooms leading saddle horses, a lieutenant general and an armed footman inside the carriage with him.' A total of 14 horses and 15 men to deal with ONE Venetian coward. Needless to say Casanova was amused. He went in relaxed whilst Branicki was nervous as hell. They both shot and both got shot. Casanova in the hand, whilst Branicki dead center. All 15 men jumped on Casanova and tried to kill him (not very fair...eh?) but Branicki had enough voice within him (and honor) to call off his men and was whisked away to a surgeon. Though Branicki almost died, fortunately for Casanova he lived. Because magistrates were waiting to arrest Casanova if the Count didn't pull through. And so everyone in Warszawa now knew Casanova was no "Venetian coward" but rather a good shot.

And so ends Part 2 (sadly). Next month, return for the conclusion and Part 3 of The Incredibly Naughty Life of Casanova.
Cheers and Much Love,
Delilah Marvelle