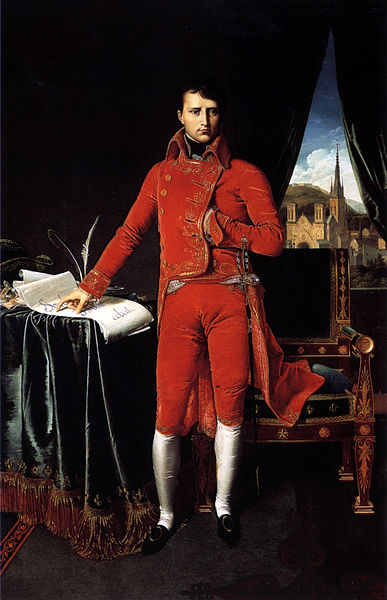 My dearest Readers,
You didn't think I'd actually post on April Fool's Day, did you?
Haha and I hope you enjoyed my prank :)
I'm sure the title of this post alone got your attention and though some of you may actually KNOW this particular history, I'm going to dig into Napoleon's trousers all the same, given I never touched upon the importance of his missing penis on my blog.  I tried to find a picture that did his package justice.  Heh.

Poor Napoleon.  He was known for being short and his penis was known for being shorter.  You might want to ask yourself why such rumors were perpetuated.  Napoleon wasn't THAT short.  He stood at five feet and six and a half inches tall, which for his era, is more than respectable and was the average height for a man.  Yet history has a tendency to want to insult men who take over the world (be those reasons good or not).  Ah.  But history wasn't done insulting poor Napoleon.  Oh, no.  His penis mysteriously disappeared after his death.  I'm not kidding!

After Napoleon was defeated by the British in the Battle of Waterloo in 1815, Napoleon was exiled and kept on the island of Saint Helena by the British for the last six years of his life.  When he finally died on May 5th 1821, the autopsy was witnessed by a room full of people, and though it was recorded that day that the body was in tact, one particular witness in the room (who had issued Napoleon's last rites) was a certain priest by the name of Ange Vignali. 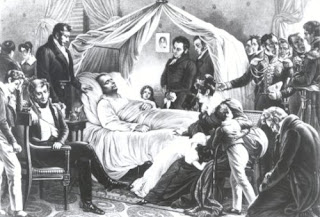 Ange apparently snipped off a little memento for himself.  You guessed it, Napoleon's penis.  Or so the story goes.  For it is also said that Napoleon's physician was the one to lop it off.  Either way, it disappeared and didn't resurface until 1916 when it was sold off and the sellers claimed it was Napoleon's actual penis, measuring at an inch or so (though I'm sure it has long since shriveled all the more since).  It was bought and disappeared again until the late 1960's when it was put on sale.  The sum, apparently, wasn't something people were willing to pay for.  So it was broken into pieces and resold again in the 1970's, where a urologist by the name of John Kingsley Lattimer bought one of the pieces.  Napoleon's penis has been sitting in a box in New Jersey ever since.  Don't believe me?  Let the fabulous Tony Perrottet, the author of the fabulous non-fiction book, Napoleon's Privates, 2,500 years unzipped tell you what he found.  Watch the you tube video in which he travels to see the famous penis.


Hope you enjoyed digging into Napoleon's trousers...
Much love and until next time,
Delilah Marvelle