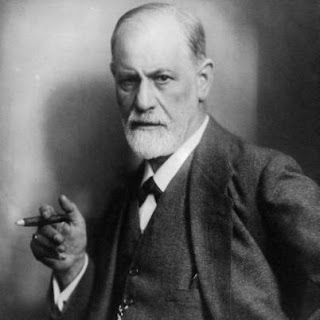 My dearest Readers,
Happy Valentine's day month to you! In honor of the glorious month, I thought we host a very special guest who knows about as much about the sordid goings on in history as I do! And in honor of her post, we will be giving away 3 digital copies of her Victorian historical romance, THE DARK LADY. Please read her post and leave a comment about the post with your email address for your chance to win! Winners will be chosen and contacted on Feb. 28th.
Without further ado, I give thee Máire Claremont.
Much love,
Delilah Marvelle

It’s so exciting to be on Delilah’s Blog. I have so much admiration for her work on exposing sex in history. Now, two of my very favorite subjects in Victorian sex are Hysteria and. . . Well, wait I will keep the other one a secret for a moment. Delilah has already done the most MARVELOUS blog on Hysteria. You must read it. But the topic does suggest that there was a huge divide in psychology and female sexuality at the time.


The Hysteria issue allowed women to be “stimulated” through the clitoris to give them medical help to ease their anxiety and tension. . . though it wasn’t considered sexual.
My topic however deals with one of the big thinkers of the time. A mover. A shaker. Someone still mentioned in the hallowed halls of psychology today. Sigmund Freud.


Okay, kids. Are you ready for it? Let’s talk about the immature and mature orgasm. Wooo. Freud firmly believed that women who experienced orgasms through the clitoris were experiencing immature and infantile sexual pleasure. A mature woman experienced orgasm through penetration and penetration alone. Yes. You read right. Your fella just had to stick it in and if you were a mature woman? Oh, bliss. If not? You were riddled with problems and still a little girl. Right. . .


So, Freud firmly proposed that as a woman matured her ability to orgasm transferred from the clitoris to the vaginal canal. And get this, any woman who persisted in experience orgasm through the clitoris was suffering from. . . Wait for it. . . Penis envy. Yep. Penis envy. Because she insisted on experiencing pleasure from her EXTERNAL sex organ, she was envious of the man’s sexual organ, the penis. After all, she was supposed to relish the passivity of her INTERNAL organ being penetrated. Women are supposed to be passive, or didn’t you know? {pardon while I die laughing}


But truly, this was a very serious thing in the medical and psychological field of the day. A woman who needed clitoral stimulation was suffering from a mental illness. She was immature, infantile, in need of serious help and psycho analysis. Today, we find this laughable. Then, countless women were bereft and at the whim of a budding medical field that dealt with supposition rather than fact.


Can you imagine living in this world?

A woman would be considered mentally at risk by preferring clitoral stimulation. And that preference would get her in some serious trouble or at least gain her months of analysis. You have to wonder how many women just started faking it so they could cease therapy. Many, I should think. I would. I mean, who really wants a man telling you about your body and how you SHOULD respond to foreplay. . . Oh, wait, I’m sorry. I mean the lack there of.


And consider the man’s mentality. This idea completely freed him from the need to pleasure his wife/woman in any other way but penetration because to do so would be bad for her.


Yes. Bad for her. And not only that, it meant something was WRONG with her. Under Freud’s theory, he’d be encouraging her mental illness and malformed development by performing oral sex or any other sort of fun stuff. Men already struggled {struggle?} to understand the clitoris. Freud basically gave them a get out of jail pass. She can’t come from penetration? She’s mentally ill. Oi.


Ironically, variations of this theory persisted for a hundred years. Sure, Freud’s mommy and daddy complexes give food for a lot of thought and some of it immensely valid, but I don’t think I shall ever forgive him for so disparaging that glorious organ, capable of reaching climax again, and again, and again, the clitoris.


Poor Victorian women. Between Hysteria and Freud, what a mess it was. I thank goodness I live in an era where the clitoris is hailed. Thoughts? Questions? Bring it on for your chance to win a copy of my book, The Dark Lady!
Posted by Delilah Marvelle at 8:50 AM 25 comments:
Newer Posts Older Posts Home
Subscribe to: Posts (Atom)