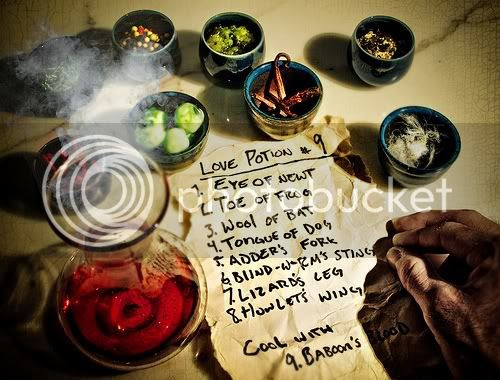 My dearest Readers,
Since the beginning of time, humans (namely men...), have been fascinated with the idea that one could arouse those who aren't naturally inclined to being aroused (women...or so men think) and create a form of potency within their body that would cast aside all reason and make inhibition disappear and allow the body to just go wild. No. We're not talking about Viagra...that's modern voodoo. We're talking about an erotic vigor plucked from nature itself by freaks in history who then threw it all into a cauldron and encouraged everyone to consume it, advertising pleasure without restraint. We're talking Le freak c'est chic.

The idea of virility itself has always dominated every male aspect of history since the beginning of time. Since men had cocks, basically. And yes. That's a very LONG time (pun intended). Men have always desperately sought to capture and preserve their phallic obsession through ingenious concoctions found in nature. And what better way to affect the body then to put something INTO said body? Allow Delilah Marvelle to roll up her lace sleeves and present you with some of the freakiest aphrodisiacs known to history. All created in the name of sex. DISCLAIMER: DON'T TRY THESE AT HOME. UNLESS YOU ARE A FREAK. THEN GO RIGHT AHEAD AND REMEMBER TO PLEASE POST YOUR RESULTS HERE.

Absinthe -- A green liqueur made of marjoram, oil of aniseed and other oils, was originally first made in France from the plant Artemisia Absinthium. As fancy as this plant sounds, it's nothing more than a bush of a weed that grows in South Africa and in the mountains across Europe. It's also known as wormwood. Though in England it was also called Green Ginger and Old Woman (hmmmm.....) Greek physicians originally claimed it prevented one from getting drunk but it became quickly known for being a very potent way of acquiring sexual stimulation. Those who ingested too much, however, (those poor fools hoping for that G spot thing) found out that too much of it lead to insanity or death. Nice.

The Broken arm and leg approach -- Ancient Amazons were reported to break the arms or legs of their captives (which they intended to have sex with). No, the idea wasn't a Marquis de Sade approach or to prevent their captives from running away. They simply believed that by rendering of an arm or a leg useless, it sent more blood to the genitals...heh, makes sense...one less area not needing blood sends more blood in desired area. Yes, according to them, "The lame best perform the act of love." Maybe it was more because those poor bastards could only lay there and had to take "it" no matter what…

Ambergris -- Secretion from the intestines of the sperm whale (sperm? Yes, of course men would link it to THAT). Or in less technical terms, I suppose, Sperm Whale shit. In 17th century France courtiers were known to "nibble" on chocolates dipped in ambergris. Madame du Barry supposedly mixed it into a perfume that kept Louis Xv at her side. But then...everyone smelled like shit back in those days anyway... In the Orient it was mixed with coffee. Who needs cream? They didn't. It was also said to magically restore the old into feeling young again.

Flagellation -- Believe it or not, for centuries flagellation was used to "invigorate" the body. Where on earth did this whole idea of pain/pleasure come from? It was noticed in nature how certain animals get "violent" with each other and "like" it. As if getting whipped wasn't enough pleasure to arouse, there were libertines known to soak whips in vinegar to create a whole new meaning to "that tingling sensation." It was found to be very popular in the Orient in particular.

Baking cakes -- 'Patty cake' takes on a whole new meaning with this one...in the middle ages there was a naughty practice of baking one's spiced cakes whilst naked. Whoever baked a cake whilst naked and then allowed said cakes to cool on their naked body was then shared with the one they sought to erotically capture. Excuse me...but is that a pubic hair in my cake?? Remember. If you find a pubic hair in your cake, it means someone has been trying to capture your heart.

Deer Sperm -- It was mixed into foods, drinks or taken just straight up. I guess my only question is how the hell do you get your hands on deer sperm? Oh, wait. Hands. Ew. Never mind.

Dove Brains -- Now this is just wrong. Animal activists were the freak were you back in the Middle Ages?

Flamingo Tongues -- A particular favorite with the Romans. It was served pickled and created hours and hours of stamina. Those Romans. No wonder their empire fell…

14th century remedy for Impotence -- As quoted : "Burdock seeds pounded in mortar. Add left testicle of a three year old goat (wonder what would happen if it were older...), a pinch of powder from the back hairs of a white dog. The hairs to be cut on the first day of the new moon and burned on the 7th day. Infuse all items in a bottle half filled with brandy. Leave uncorked for 21 days so it may absorb the cosmic influences. On the 21st day -- the first of the following moon -- cook entire compound until thick. Then add 4 drops of crocodile semen (ouch...good luck getting THAT), and pass mixture through a filter. Gather liquid and apply to cock and immediately the effects will astound." Huh. (It is noted that since crocodile semen was rare in Europe the semen of a dog can be used instead.) It is said Cleopatra and Alexander had fun with this one...Does that mean Alexander couldn't get it up? No wonder the relationship didn't last.

Hot Mustard Baths -- Used for women to encourage their sexual interest. Can you imagine the yeast infections these women suffered? Ugh.

Necks of Snails -- Another Roman favorite to be consumed with wine. Question. How did one define "the neck" of the snail??? And how many snails had to be butchered to create one mouthful?

Hankerchief wiped with one's own sweat -- Simple and *very* cost effective. Henry the III and Henry IV were known to use this to lure the women they ardently wanted to their side...the fact that it worked had *nothing* to do with the fact that these guys were Kings and stinkin' rich. Get it? Stinkin'? Heh.

Believe it or not, I could go on and on. It truly is amazing to know what people are willing to try in an effort to seduce or create the effects of Viagra back in the day. I say, keep it basic. Eat some chocolate, drink some wine and have at it.
Until next time,
Cheers and much love,
Delilah Marvelle
Posted by Delilah Marvelle at 1:00 AM 8 comments:
Newer Posts Older Posts Home
Subscribe to: Posts (Atom)