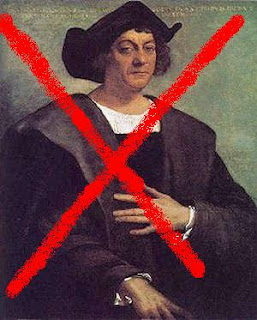 My dearest Readers,
Given I myself am a woman, and that most of the readers of my blog are women, I thought it only fair we dedicate am entire post to the ever glorious clitoris. Although women have had their clitoris for as long as men have had their cocks, here's a little something that will make you want to smack around all the men of history. The sad reality is this. The word "clitoris" which some will claim was taken from the ancient Greek word kleitor (meaning little hill...how cute), did not find its way on actual English record until 1615. Ehm. Kind of late boys. Don't you think?


Speaking of late...according to certain sources (including Perrottet) the clitoris was "re-discovered" by men in the year 1559. Now I am *more than certain* men knew of its existence prior to 1559 (geez, I freakin hope!) but medically speaking there was nothing on record pertaining to the clitoris prior to 1559. Ooo. And get this. The man who goes on record to "discover" the clitoris (which was done on a cadaver whilst conducting research of the female body) was none other than a man by the name of Renaldus Columbus (yes, like Christopher Columbus! Wow and how appropriate!).


After some "prodding" into female cadavers, Mr. Columbus came to the conclusion, which he wrote about in his book De Re Anatomica that there was a female "appendage that would throb with brief contractions" during sex. *dead silence* My question is how did this dude know this by uh...studying DEAD women? *shudder* Uh...forgive me...I'm digressing. As I was saying, Mr. Columbus decided to name his incredible "discovery" amor Veneris, cul dulcedo (the love or the sweetness of Venus). His momentous discovery created such a huff of excitement throughout the community that OTHER men started protesting THEY had first discovered it (and bravo if they had, right?).


There was only one problem. This Dutch physician taps on the shoulder of every man in Europe, including Mr. Columbus, and announces (now, mind you, I'm paraphrasing as there is no record of him saying it) "The appendage, gentleman, was written about in great detail by Doctor Galen back in the second century. The Greeks beats us, boy. Again."


And there you have it. The Greeks do it again. Though this girl hopes that men prior to the Greeks knew about it, too. For the sake of all those women in history.


Until next time and much love to you,
Delilah Marvelle