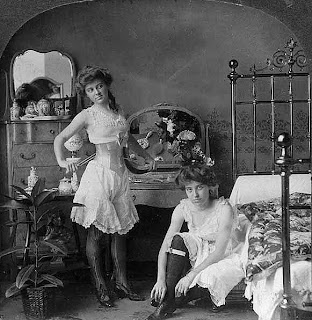 I do a lot of research. So much of it, in fact, about 75% of what I come across never gets put into any of my stories. Ah. But they do find a place in this here monthly blog, where I explore the naughtier, dirtier and grittier side of history. My latest research adventure for my current series, took me into the depths of New York City between the years of 1800 to 1831. Although my upcoming release, FOREVER A LADY, features New York City and its poverty in the Five Points in 1830, I stayed away from the story of prostitution because it is an all too common theme for impoverished women. But…I did want to share some of the interesting aspects of New York City’s prostitution and how it compared to London’s prostitution during the Regency period.

Up until 1845, in New York City, it was individual citizens who pressed criminal charges, as opposed to the state and its officials. Therefore, prostitutes could use their rights as individual citizens in a way London prostitutes couldn’t. When threatened or attacked or if a loss of income occurred, the prepolice era allowed New York City prostitutes to define the crime that had been committed against them. Despite them being fallen women of society and breaking laws themselves, they were able to summon the watch and press charges. Countless men were convicted and jailed and fined due to brutalizing prostitutes and/or not paying them. How were these women able to do it? Prior to police, the process being used was known as the antebellum government. It was dedicated to protecting taxpayers and private properly. Are you catching on? So basically, prostitutes and their bodies and bordellos were considered property. Women, after all, WERE property. Talk about a quandary the New York City government had created for itself. It was either follow the law by allowing these women to protect themselves or break the law. And well…we know how quickly congress works…. can you imagine then?!

Despite this incredible muscling power that the prostitutes had discovered within the cracks of the government, it created a backlash that sent us whirling into the Victorian era that created a different prostitute in New York City that changed when the police force was instated. She needed real protection that the government was no longer giving her. This was an era that exploded with pimps who could provide the protection to these women that the government no longer did.
How’s that for a little history lesson?