The Not So Sexy Side of History....

My dearest Readers,
This month's blog post will be dedicated to the history behind Book 2 of Once Upon A Scandal. And boy is the history ever a good one. We'll be exploring two facets laced throughout the pages of the book 1.) Venereal Disease and 2.) The Cicisbeo

So let's begin our little history lesson starting with the not-so-sexy side of history. Venereal Disease is not really a subject that's usually touched upon in historical romance novels. In ONCE UPON A SCANDAL, my current release, the heroine’s father is dying from syphilis. It’s not pretty and it’s utterly heartbreaking. Because we’re dealing with romance novels, many people don’t want to see the ugly side of the reality most of these women (and men) faced. Which is why I wrote the story. Except for AIDS, every sexual disease imaginable was passed around in history. And because there was no understanding that REUSING condoms could in fact transfer disease to both sides…there was a false sense of security for men back in the day. An example of what a rake’s life was REALLY like was Casanova himself. The man bed hundreds of women, dined with the finest and the lowest, fought several duels (and lived to tell about it) and suffered from 11 venereal diseases (including gonorrhea, soft chancre, herpes, and syphilis...sexy, eh?). In the beginning, he was getting it from the women (because obviously he wasn’t born with it). Toward the end, he was giving it to the women. Despite the long list of diseases he had…believe it or not, he lived well into old age. What killed him was his inability to piss when his urethra finally closed up on him. Eck. I know. Hey, these were the REAL rakes of the day. 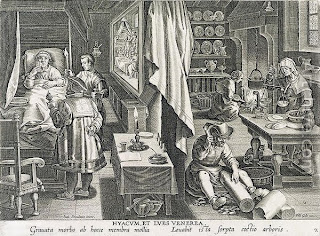 When it came to trying to cure these diseases, these people tried everything. Some claimed eating peacock would cure it, (I joke about this in Once Upon A Scandal) while some claimed sleeping with virgins would cure it (don’t you just want to KILL these people?). Believe it or not, the whole sleeping with virgins superstition lasted well into the 1900’s. There were actually brothels who specialized in ‘curing’ known as TEMPLES. *Shaking Head* 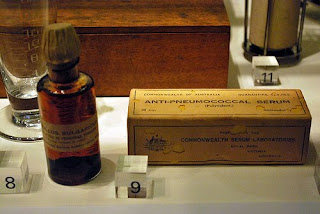 Though drinking mercury was the most popular form of cure, applying mercury in a form of a salve onto the lesions was also done. Most often it was the mercury itself that ended up killing them. For chaffing and lesions linen bandages soaked in narcissus water was used. There were also people who created their own versions of ‘the cure’ (quacks) and tried to sell it and make a profit (of course it never worked). Syphilis, depending on which region of Europe you were from went by many names. The British Called it ‘French Disease’, The French called it ‘Italian Disease’, The Russians called it ‘Polish disease’ (see a pattern here?). Everyone was freakin calling it according to their ‘enemy’ The reality was, they all had it, British, French, Italian, Russian, Polish, you name it. Because everyone was having sex. Once a prostitute (or courtesan) contracted any detectable disease, her career was over. For who would pay any good price for tainted goods? Although sadly, that did not stop many of these women from spreading it around (or being in denial). It simply meant they would no longer be in ‘demand’ for they were ‘poxed.’ In respectable society, gentlemen gave it to their wives all the time because of their dalliances. It was a dirty, horrible secret. And once it was diagnosed, respectable society had a tendency to ‘disappear’ as quietly as they could. They were known to ‘take in waters’, or they ‘toured Europe.' They called it hundreds of other things it really wasn’t. Which is why when looking over documentation, it’s hard to dig up a lot of facts about how venereal disease was treated. People just didn’t want to talk about it. Think of how everyone in the 1980’s reacted to AIDS. It was amazing to see the freaking out, the misunderstandings, and the whispers…can you imagine THEN?

2.) The Cicisbeo. Also known as the Cavalier Servante. 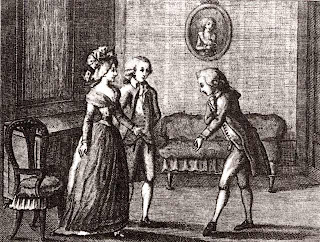 This is a practice I stumbled upon whilst researching Venice and is utterly fascinating, although not too much has been documented and written on the subject, leaving holes in the subject. A cicisbeo was a make-shift lady's maid, a chaperone and a protector in the guise of a gentleman. It was a practice in Italy amongst the nobility in the 18th and 19th century that allowed a married woman to keep a man, whom her husband chose for her to have during their marriage for a specified amount of time. It was created, supposedly, during a time when noblewomen were educated and reared in cloisters only to emerge and be married to men that were three times their age. Due to the age difference and the fact that these men traveled for business, leaving their wives frequently unattended, the idea of the cicisbeo was born. A cicisbeo was any respectable, unmarried gentleman. He would sign a contract of servitude to the lady on the day of her wedding, although it had to be approved by both the husband and the priest. From that day onward, for however much time had been agreed to, the cicisbeo served his lady. He would dress her, bring her chocolate to drink, attend to her servants to ensure they were doing their part, bring any news and gossip for her from the city, assist her in and out of her gondola, attend events with her when her husband couldn't, and basically anything else she needed. He was basically her right hand. *Excuse me while I smirk* It was considered "unfashionable" to be seen anywhere in public without one. It was like having the latest ride. *Excuse me while I smirk again* There were rules he had to follow and he was expected not to be involved or married. I did my darnest while researching and contacting researchers and professors trying to find those set of rules, but the reality is very little is known about their day to day life. Because of the close daily and nightly proximity a married lady had with her cicisbeo, I have no doubt it lead to other things we can only imagine. Some historians argue it was a glorified and legal lover of the wife that husbands tolerated. I guess it's something we'll never know.... 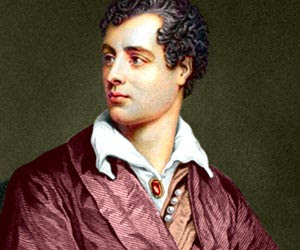 Supposedly, Lord Byron himself was a cicisbeo for a period of time to the married Contessa Teresa Gamba Guiccioli. He even wrote a poem regarding the cicisbeo (Beppo), but if you read it, you quickly figure out he wasn't a fan. He probably got the short end of the stick. No pun intended...

Now that I've completely bonked you on the head with the not so sexy side of history, let's bring it full circle and make it sexy again, shall we? February is the month of LOOOOOVE, with Valentine's Day right smack in the middle of the month. In honor of Valentine's Day, my gift to you (aside from this post...heh), I am offering up FIVE signed copies of the ever romantic Once Upon A Scandal. That's right. Five. How's that for scandalous love? To enter all you have to do is either Tweet a link to this post or Facebook a link to this post, then come back and post a little love (or a lot, it's your choice). With five books, that's five chances to win! Winners will be posted and chosen by the end of the month. PLEASE POST YOUR EMAIL ADDRESS in your post so I can contact you. Good luck! Until next time,
Cheers and Much Love, Delilah Marvelle
Posted by Delilah Marvelle at 1:00 AM 32 comments:
Newer Posts Older Posts Home
Subscribe to: Posts (Atom)